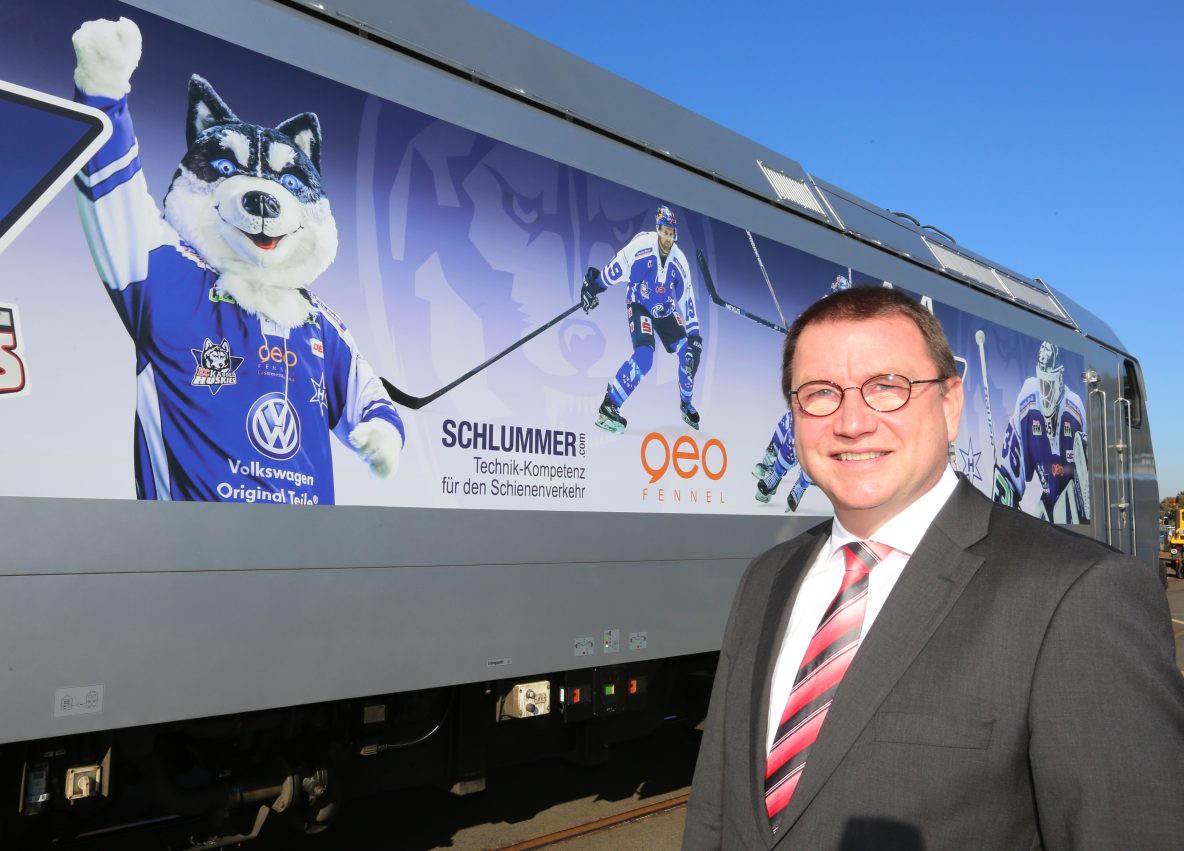 “The locomotive is not only an advertisement for the Kassel Huskies, but also a positive figurehead for the city of Kassel and the North Hesse region,” stresses Edmund Schlummer. In cooperation with other sponsors, Schlummer Management Consulting made the eye-catching slides on the newly painted locomotive possible.

But what do ice skates have in common with locomotives? When things get really round and to the point, they too run like crazy. SMC promotes the EC Kassel Huskies, because they fight for every puck and point in the hockey arenas of Germany after their motto “Huskies never give up!” At SMC, we share this passion: with full force and motivation we are committed to the projects of our customers.

P.S. By the way, the new Huskies locomotive will be available in spring 2016 a
Also as a 1:87 model in the range of PIKO!

HNA 02.10.2015: New traction for the Huskies: Locomotive soon on the way across Germany.

Fanmagazin Bodycheck, Issue 5 October 2015: With the Huskies locomotive through Europe.